Dispatches from a Pandemic: ‘I have a mortgage to pay’: Sex workers banned from small-business loans under CARES Act due to ‘prurient sexual nature’ 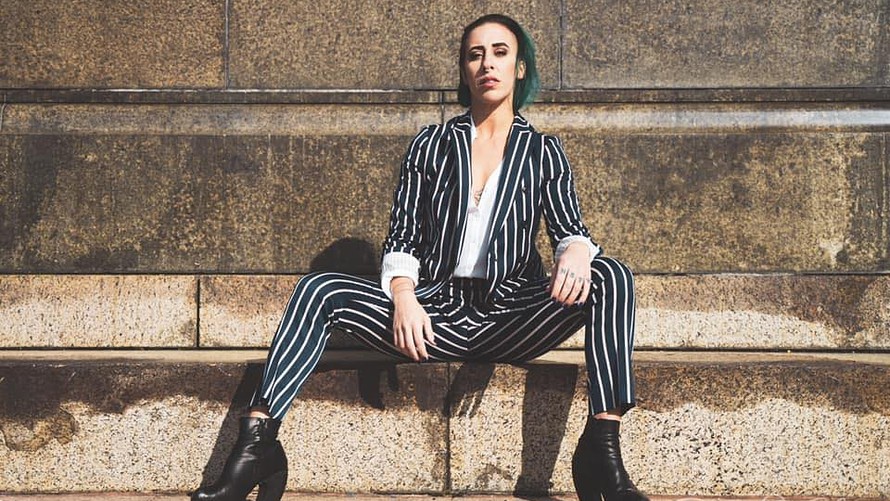 Like many self-employed Americans, Andre Shakti has lost most of her income over the past few weeks.

Most of the clients who used to see her in person have stopped calling, the business where she worked as an independent contractor is closed, and a conference she co-organizes has been canceled.

But unlike most sole proprietors and independent contractors, Shakti says she’s not eligible for federal assistance under the $2.2 trillion CARES Act.

“ It’s one of the few categories of businesses that are banned from receiving federal aid under the CARES Act. Others include cannabis firms and businesses deriving over 50% of their revenue from gambling. ”

That’s because she’s a sex worker.

Shakti, who graduated from college in 2011, says she still has student-loan debt and also contributes to supporting her father, who lives in an assisted-living facility. In college, Shakti majored in deaf studies and psychology with a minor in LGBTQ studies. At one point, she says, she thought about becoming an American Sign Language interpreter.

“My sister and I share his monthly rent, which is $2,300 a month,” she says. “I had to have a really serious conversation with my family about what my financial situation was going to be in the future, and I had to dock the amount of money that I was able to give my father, and my mother had to step in. She’s pretty low-income, and that honestly concerns me a lot.”

At least two strip clubs are suing the SBA after being denied Paycheck Protection Program loans, and at least one sex-toy manufacturer was denied an SBA loan in the past because of the “prurient sexual nature” clause.

The CARES Act’s ban on businesses of a “prurient sexual nature” isn’t limited to the new SBA loans that were introduced in the CARES Act; it applies to the SBA’s existing business-loan programs, as well.

Market research firm IBISWorld estimates that strip clubs in the U.S. generated $8 billion in revenue in 2019 and, before the coronavirus, expected the industry to grow at an annualized rate of 4.2%. “Proprietors within the strip clubs industry distanced themselves from the seedy past image associated with clubs,” it said. “Instead, they marketed their establishments as high-class gentlemen’s clubs and cocktail lounges that offer adult entertainment.”

The SBA did not respond to a request for comment on the definition it uses for “prurient sexual nature.”

It’s one of the few categories of businesses banned from receiving federal aid under the CARES Act. Others include businesses that derive more than 50% of their revenue from gambling, or had more than $1 million in gambling revenue in 2019 (which includes many casinos), as well as businesses that sell products that are illegal at the federal level, like cannabis.

“The week and a half [or] two weeks before we closed, it was dead in there,” she says. “I was gradually making less and less and less until everything shut down.”

Compared with some of her colleagues, Shakti says she’s well-positioned to move some of her business online. She’s built an online fan base through her work as a adult film performer and some less explicit aspects of her businesses, like providing intimacy consulting to individuals, couples and people in nonmonogamous relationships.

“ Shakti says she still has student-loan debt nearly a decade after graduation and also contributes to supporting her father in an assisted-living facility. ”

“I do consider myself to be in a very privileged space, but, at the same time, I saw an in-person client two days ago,” she says. “It was the first time I’ve seen a client since I’ve been quarantined for four weeks, but I have a mortgage to pay and I was scared about not being able to pay for it.”

Shakti says she believes that banning businesses that offer services of a “prurient sexual nature” from receiving federal assistance is a “targeted attack” on sex workers.

“It’s basically putting a financial death date on all these workers,” she says.

“ International organizations, including projects funded by the U.S. government, have warned that restrictions designed to stem the spread of COVID-19 could disproportionately affect sex workers. ”

Workers from marginalized communities and single mothers will be particularly affected, she says.

International organizations, as well as projects funded by the U.S. government, have warned that COVID-19 — and the physical distancing efforts intended to stop its spread — could disproportionately affect sex workers.

“Many will have fewer clients, increasing the risk of homelessness and the need to accept riskier clients. The closing of bars and other hot spots may also cause sex workers to move from a more protected environment to street-based activities,” according to a report published by Meeting Targets and Maintaining Epidemic Control, an AIDS relief project funded by the President’s Emergency Plan for AIDS Relief and the U.S. Agency for International Development.

Organizations that work with sex workers in Canada have warned that physical-distancing measures are also making it difficult for sex workers to work out of their homes, and made it more likely that those who work on the street will be arrested by the police.

“Sex workers are heavily affected by measures such as social distancing and business shutdowns because they simply cannot go to their workplaces anymore, and are seeing a sharp decrease in their clients. Unlike employees from ‘mainstream’ businesses, many sex workers are not eligible for unemployment benefits,” says Lynn Liu, the development and communications associate at the Sex Workers Project at the Urban Justice Center in New York City.

“Transgender sex workers and migrant sex workers of color are especially vulnerable to this because many are already job- or housing-insecure,” she says, with a third of sex workers identified as African American or black, 17% identified as Caucasian, 11% as Latino or Latina, and 8% as multiracial; 30% did not identify a race or ethnicity. Some 78% identified as women, 3% as men and 19% as transgender women.

Liu says she thinks it’s “deeply problematic” that sex workers are ineligible for financial support from the government.

“Sex workers’ rights are human rights. In a global pandemic like this, the government should implement policies that take everyone’s well-being into account,” she says. “Especially the well-being of marginalized groups.”

“ ‘The way that I heal that is through education and then creating a safe space for people to enter, either physically or remotely, where they know that within this space they are going to be loved and accepted.’ ”

Shakti says she doesn’t just miss her regular income; she also misses her work. “I love the work that I do. I love every single part of it,” she says.

“What I want to do is to help heal that, and the way that I heal that is through education and then creating a safe space for people to enter, either physically or remotely, where they know that within this space they are going to be loved and accepted and encouraged, not [just] tolerated or demeaned,” she added.

Not every sex-related business believes its products or services are of a “prurient sexual nature.”

Mike Stabile, the communications director for the Free Speech Coalition, a trade association that represents the pornography and adult entertainment industry, says his group takes a more narrow reading of the ban. “Historically and legally, prurient is a very, very narrow term and is not something that necessarily applies to run-of-the-mill adult content,” he says. “Traditionally, [the word] prurient describes a shameful or morbid interest in sex or sexuality. For most of our members, and for most people who enjoy adult content, that’s not how we would describe it. I think we look at what we do, in general, as natural and healthy.”

“ Evy Cowan and Jeneen Doumitt, the owners of She Bop, a sex-toy store with two locations in Portland, Ore., say they’ve applied for an Economic Injury Disaster Loan from the SBA. ”

But, he says, his group can’t advise any individual company about what they should tell the SBA.

“We don’t necessarily know what every business does nor whether or not, if a case went to court, their content would be found prurient or obscene — that’s something that no organization can determine,” he says.

Still, some businesses are trying their chances.

Evy Cowan and Jeneen Doumitt, the owners of She Bop, a sex-toy store with two locations in Portland, Ore., say they’ve applied for an Economic Injury Disaster Loan from the SBA. They’ve had to shutter their storefronts and lay off seven employees because of the pandemic, Doumitt says.

She Bop has been in business for more than a decade, but Cowan says several banks have refused to do business with the store because of the products it sells. Securing financing has been almost impossible.

While the word prurient gave Cowan and Doumitt pause, the pair decided to apply for the loan after they looked the word up and saw it defined as “having or encouraging an excessive interest in sexual matters.”

They haven’t heard back.