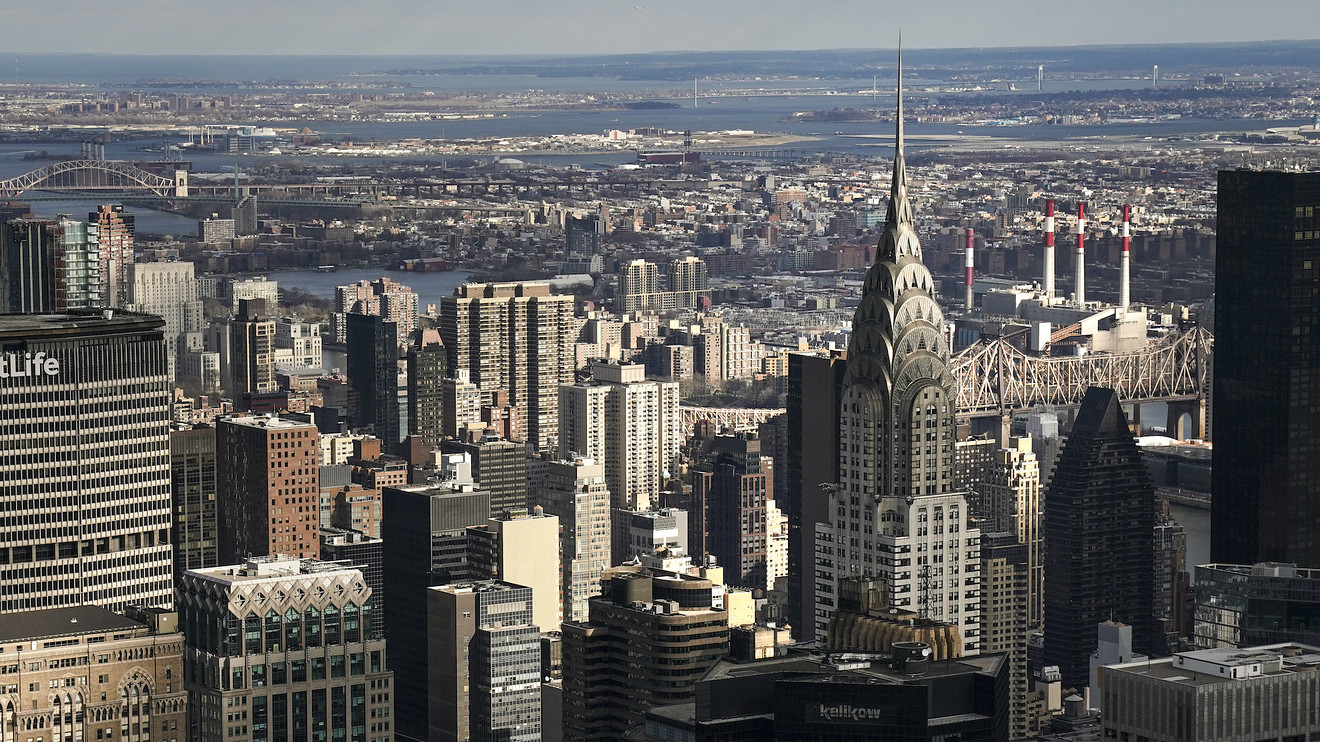 New York City’s nonessential workers have already spent close to two months working from home (if they’re working at all), and the state of Manhattan’s office market shows it.

After the sector’s strongest year since 2001 last year, according to data from Colliers International, leasing activity for Manhattan office spaces plunged by 50% quarter-over-quarter in the first three months of the year, even before the COVID-19 pandemic fully took hold in the city. Leasing dropped from 3.5 million total square feet in January to a little over 1 million square feet by March as the virus arrived in the city and lockdown orders were put into place, and in April it was 62% below the average leasing volume seen in 2019.

“There’s been a great deal of speculation about how this challenge to the market is going to impact us, and if it will look like previous recessions,” said Colliers International head of research Frank Wallach. Though availability rates at the end of April were “very close to market equilibrium,” Wallach said, “there have been plenty of rumors about sublet space that may or may not return, and you read about unemployment numbers and companies laying off staff.”

Add to this the news that companies like Twitter TWTR, -3.49% are considering to let some employees work from home permanently, a shake-up in work culture that could have significant and long-lasting effects on the city’s office market.

Though the death of the office is unlikely, businesses may well need to downsize, find ways to spread workers further out in the spaces they have, and keep others working from home (or at offices outside the city) — all of which is likely to drive down prices in a market that, prior to the pandemic, had been near a 20-year peak.

Read more: The cafeteria — and other parts of office life — will change dramatically after coronavirus

Satellite offices in the suburbs

One compromise currently being considered for some companies with many employees based outside the city: Opening up satellite offices, which would allow for more in-person team interactions without forcing a critical mass of employees to commute into the city before it’s safe to do so.

“I’ve had a few clients reach out asking if it makes sense to scale down their New York City offices from 10,000 square feet to 3,000 square feet, then have satellite offices in Westchester, Connecticut, Long Island,” said Compass broker Andrew Feldman. “It’s not that they’re going to lower the amount of square footage they have overall, they’re just going to divvy it up into different places to keep people from having to take public transport, but will still have their Manhattan space to have meetings with clients.”

Many large companies with headquarters in the city already make use of suburban spaces, and while offices in these areas are notably cheaper than their Manhattan counterparts, they’re also in shorter supply. “The office stock in places like the Westchester suburbs is limited,” said Teresa Marziano, a salesperson with Houlihan Lawrence in Westchester. Areas like Stamford [in Connecticut] offer more options, she said, “but there’s still not a lot of vacancy.”

And for now, few companies seem ready to make this type of move.

“Satellite offices are something that everyone in our world is anticipating and is speculating will happen,” said director of research and analysis Nicole LaRusso for CBRE, a commercial real estate firm. “Right now I’ve seen very little concrete evidence that it’s actually happening. I’m only aware of three New York City-based firms that are actively looking in suburban locations. Maybe it’s just a little too soon.”

Moves outside the city that do take place may also well be short-lived. After 9/11, Wallach said, a large number of commercial tenants backfilled into spaces in the suburbs, only to return to the city once it was safe and feasible.  “For a lot of them, it was temporary and things got back to normal,” Wallach said. “Downtown (Manhattan) currently has the tightest availability it’s seen in years.”

Treating moves and renovations as a last resort

Though business owners might be eyeing the need to downsize space or reconsider the nature of open-office plans that have become health hazards overnight, in a period of ongoing economic uncertainty, nearly everyone is looking to keep extra expenses to a minimum.

“Nobody’s rushing out to spend money,” Marziano said. “They’re going to want to optimize what they have today. So they’re looking at ways to improve the current conditions, whether that’s splitting up their workforce to have only 20% or 40% of prior attendance on any one day, or investing in technology, like density sensors to give people some comfort.”

Add to this the fact that office leases can last anywhere from five to 15 years, and the incentive for businesses to stay put in their current space is strong.

“I only have a few clients right now that are definitely thinking about a move,” said Peter Gross, a New York City-based broker with Douglas Elliman Commercial. “Generally, the advice is that if you have the ability to wait it out a few months, now’s the time to do that, because the market is certainly going to turn in the tenant’s favor.”

Also see: As parts of the state get ready to reopen, New York City is likely to stay paused until June

While many landlords and commercial tenants are in a wait-and-see period right now, Gross said, “if companies do need to downsize, and they put their space on the market for sublease, that’s typically when you see discounts in rents, and landlord will have to adjust appropriately to be able to compete.”

While Manhattan office prices have yet to reflect the effects of the pandemic, lower prices are considered to be all but a given as landlords become increasingly eager to keep existing tenants in place.

“We feel pretty confident that pricing will go down, but how much and how long, there are no good indicators to tell us really what we should expect,” LaRusso said. “Landlords have not really responded yet in terms of pricing, and I don’t think they necessarily will until we see a lot of additional space.”

Asking rents fell by 28% in the 2001 recession and 35% after the 2008 crash, according to Colliers, and though the nature of the current downturn is different, experts do expect it to have an effect. “I think there will be an inevitable pressure on pricing because there will just be lower employment across the board,” Marziano said.

For now, the market is still somewhat bolstered by high demand. Despite the steep drop-off in leasing activity, Wallach said, “I’ve spoken to landlords for over 100 buildings since the start of the second quarter, and nearly 100% of asking rents have held stable.”

How long they’ll hold stable is largely dependent on how long the current crisis lasts, and how much the bottom lines of the city’s office tenants suffer as a result.

“A very likely scenario we could have is people going to the landlord and saying, ‘We can’t afford to keep all this space,’” Feldman said. “And landlords will want to work with them because vacancy is going to be a scary thing for the foreseeable future.”

The pricing effects may be uneven across buildings, however, as amenities that allow for better health conditions and ease of social distancing become more in demand. “The pressure on prices will be greater for those buildings that don’t have state of the art access systems and ventilation systems,” Marziano said.

Even with expected price drops and potential downsizing, neither Manhattan’s office market nor the broader culture of how office space is used are necessarily poised for seismic shake-ups.

“It’s really too soon to decide what the long term-impacts are going to be on offices,” LaRusso said. “In the future, when there’s widespread testing, it’s not clear why we would want or need to radically alter the way we use office space.”

Even now, commercial leases are still being signed, Wallach said, indicating the overall strength of the Manhattan market, as well as the fact that companies’ approaches to reopening offices are likely to vary.

“Just like the market is not at all homogenous, I think every company is grappling with the right way to go about [reopening], as is every landlord,” Wallach said. “Everybody’s on the same page, which is finding a way to have everybody come back, but also have everybody be safe.”