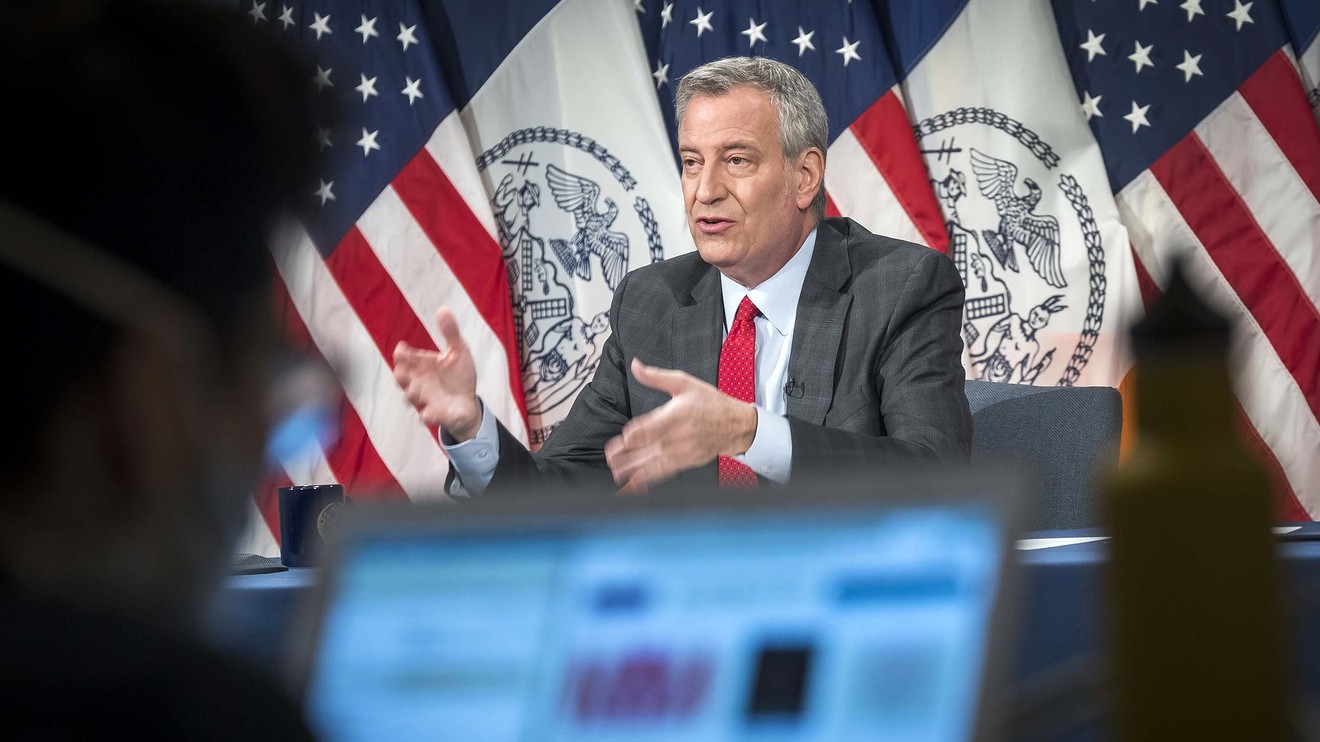 House Democrats have introduced a stimulus bill that would include $1 trillion for cash-strapped states and local governments, including $17 billion for hard-hit New York City and $34 billion to New York state, Mayor Bill de Blasio said on Wednesday.

“Finally, we see the beginning of an answer in Washington, D.C.,” de Blasio said at his daily briefing. “This is the biggest health-care crisis, the greatest challenge that we’ve faced in terms of health care in a century in this city, in this nation. The biggest economic crisis since the Great Depression, and they’re both happening at once.”

In total, the $3 trillion legislation would roughly double federal stimulus in the wake of the pandemic and would lay the framework for negotiations with the Republican-led Senate.

The bill, on which the House is expected to vote on Friday, proposes sending $375 million in federal funds to local and county governments and $500 billion to states — stimulus to which some powerful Republicans in Washington, including the president himself, have said they’re opposed.

Cities and states across the country are facing steep budget shortfalls as shutdowns have cut off vital tax revenue streams. That’s been felt acutely in New York City, the nation’s epicenter for the virus, where the number of confirmed cases approaches 200,000 and more than 15,000 people have died (more than 20,000 if probable COVID deaths are included).

Hotels, a significant source of tax revenue for the city, are now either closed or voluntarily housing frontline workers and convalescing patients.

Meanwhile, nonessential business closures and mass layoffs — grounding to a halt entire segments of the city’s economy, from Broadway theaters to fine dining — have dried up revenue from sales, business and personal income taxes. Even parking tickets, which provide more than $500 million a year to government coffers, have declined steeply. Last month, the city issued only 54,000 parking tickets, down 92% from April of last year, according to a spokeswoman for the NYPD.

“We’ve taken a huge financial hit, and it only gets worse all the time,” de Blasio said on Wednesday. The federal infusion would be used to “to stabilize this city government, to make sure that we can pay the bills and keep our public servants at the front line doing the great work they do and build for a future when our economy actually comes back strong.”

The New York City Council took matters into its own hands by passing a slate of small business relief measures on Wednesday. They include a cap on how much apps like Seamless and Grubhub can charge in delivery fees, waiving sidewalk cafe fees and fining landlords who threaten commercial tenants with eviction.

Besides direct aid to state and local governments, the latest stimulus bill also proposes funding a number of agencies and services that would benefit New Yorkers, and proposes another round of $1,200 checks direct to individuals.

The legislation calls for an additional $10 billion in funding for food stamps and a $4 billion infusion for Section Eight public housing. The bill would also extend through the rest of the year beefed up unemployment checks, which an earlier stimulus package increased by $600 per week.

Don’t miss: Mortgage delinquencies caused by the coronavirus will exceed Great Recession levels, according to this forecast

Though the House could pass the $3 trillion package on Friday, it could be weeks before negotiations begin with Senate Republicans. De Blasio acknowledged it would be an uphill battle, particularly for Senate Minority Leader Chuck Schumer, who represents New York.

“We know it’ll be a fight, but we also know that cities and states all over the country, it doesn’t matter if you’re a red state or blue state,” de Blasio said, “you’re in the Heartland and you’re on the coast, everyone’s going through this.”

President Donald Trump has left reopening plans as well as large-scale containment efforts, including testing and tracing, up to the states. Cuomo said it makes sense for state governments to coordinate their own reopening but they need financial assistance to do it.

• North Country, a rural part of upstate New York, will join three other regions of the state that will phase in reopening, including construction, manufacturing and retail with curbside pickup on Friday.

• More than 400 people with suspected cases of the coronavirus walked into hospitals across the state on Tuesday, a slight uptick from the previous day but a sliver of the daily hospitalizations recorded at the peak last month. The state also recorded 166 deaths on Tuesday.