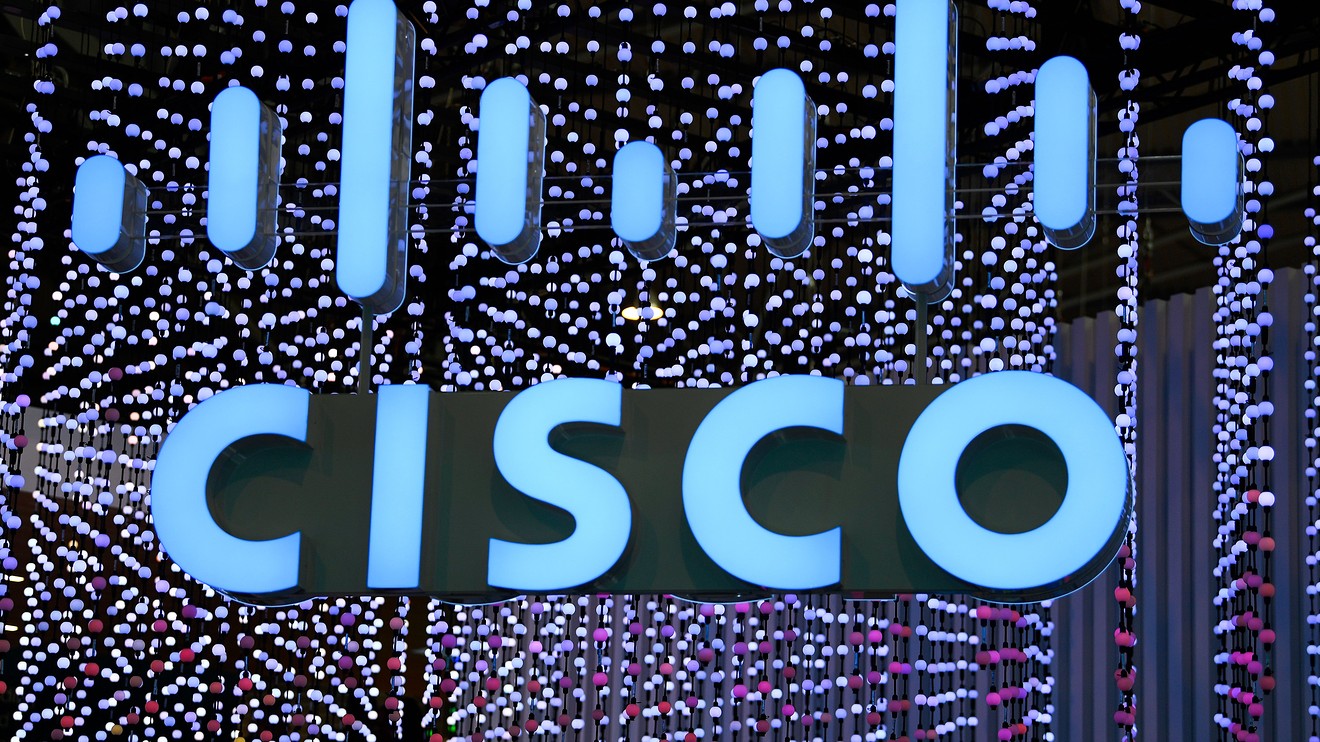 Cisco Systems Inc. showed stronger-than-expected resilience in its earnings Wednesday and shares went higher in after-hours trading, but the tech giant’s sales are declining amid the COVID-19 pandemic.

The maker of network services, videoconferencing tools and security software reported third-quarter net income of $2.8 billion, or 65 cents a share, as revenue declined 8% to $12 billion from $12.96 billion in the year-ago period. After adjusting for stock compensation and other effects, Cisco reported earnings of 79 cents a share, up slightly from 78 cents a share a year ago.

“The pandemic has driven organizations across the globe to digitize their operations and support remote workforces at a faster speed and greater scale than ever before. We remain focused on providing the technology and solutions our customers need to accelerate their digital organizations,” Cisco Chief Executive Chuck Robbins said in a statement announcing the results. More than 95% of Cisco’s 75,900 employees are working from home, he added.

See also: Cisco is seeing a spike in videoconferencing, but how will IT spending fare in the age of COVID-19?

In a conference call with analysts Wednesday afternoon, Robbins referred to the current economic landscape as “the greatest financial crisis in our lifetime” — an unpredictable turn of events that abruptly disrupted what had until early March been a strong quarter. “We believe we will surface from this crisis better than before,” he said, a nod to Cisco’s product flexibility and resiliency.

“We were at the epicenter of the [dot-com] bubble 20 years ago,” Robbins said later. “This one is more secondary collateral damage. This is broad-based … at a level we have never seen before.”

As a major provider of networking equipment, Cisco is a crucial barometer of demand for information technology by major corporations. The results underscore softness in overall IT spending in the age of COVID-19 despite insatiable demand for certain aspects — namely videoconferencing and network infrastructure.

For the fiscal fourth quarter, Cisco expects revenue decreases to accelerate, guiding for a year-over-year sales decline of 8.5% to 11.5% after hitting more than $13 billion in revenue in the year-ago quarter, suggesting that sales will come in lower than $12 billion. Analysts on average expected fourth-quarter revenue of $12.07 billion, after shaving off more than $750 million in response to COVID-19.

LIke its big profit beat on Wednesday, however, Cisco continues to exceed expectations with its earnings forecast. For the fourth quarter, the company expects adjusted earnings of 72 to 74 cents a share, topping the average analyst expectation of 71 cents a share, according to FactSet.