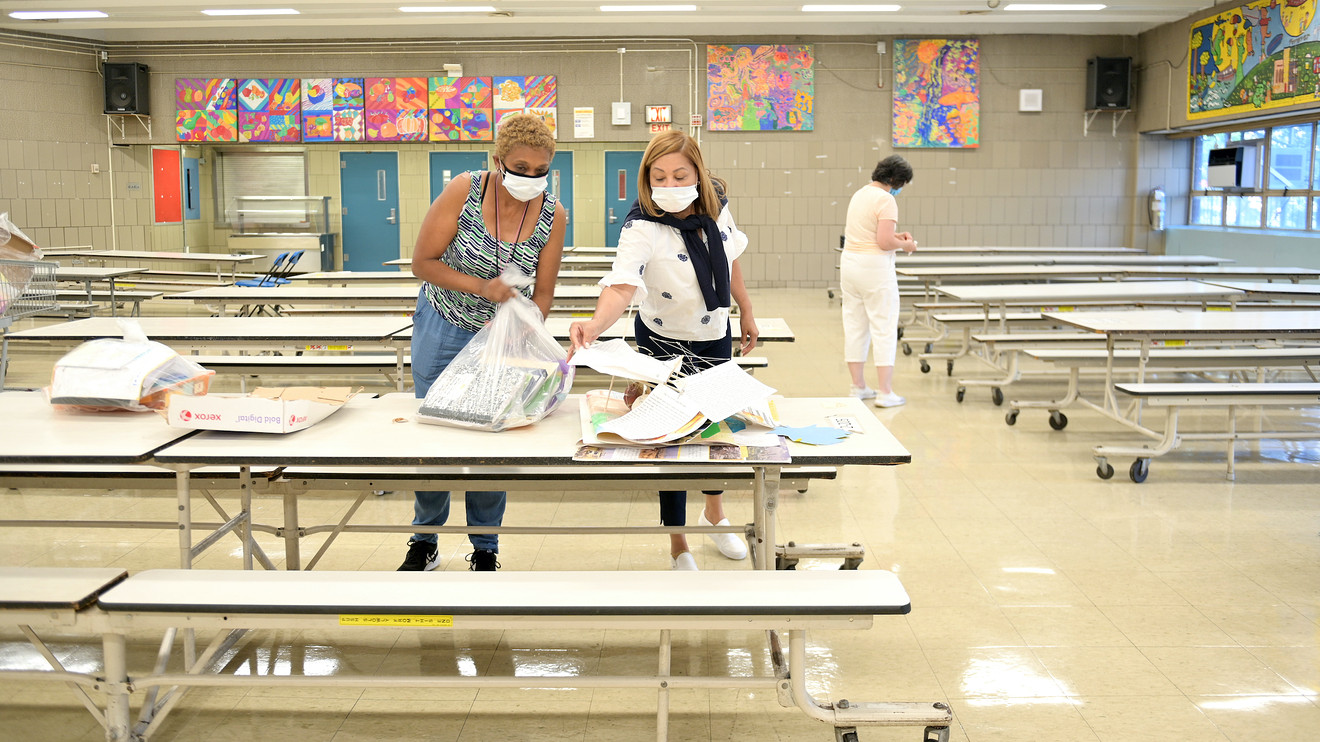 New York City, the only major school district in the U.S. attempting to reopen school buildings, has delayed in-person learning for the second time, Mayor Bill de Blasio announced in a news conference on Thursday.

All students whose parents opted to send their children back to school on a hybrid basis were supposed to return on Monday, but they now face a staggered return. Students in schools serving kindergarten through fifth and eighth grades are now expected to go back on Sept. 29, with middle and high schools scheduled to open their doors on Oct. 1. Special-education students, as well as those in prekindergarten and below, will return Monday as originally planned.

The decision came under mounting pressure from the city’s teachers’ and administrators’ unions, who say schools are not yet ready to welcome students. The delay marks the latest blow for roughly 600,000 students expecting to return to classrooms and whose families have been getting mixed messages for weeks about the system’s ability to pull-off in-person learning safely.

“We would much rather be talking about opening school on Monday to all of our students… However, it wouldn’t be safe,” said Mark Cannizzaro, the president of the Council of School Supervisors and Administrators on Thursday. “This is something we’ve been speaking about over and over again.”

Indeed, the president of the United Federation of Teachers, Michael Mulgrew, sounded the alarm Monday, when he announced there was “a lot of work to do” in a press briefing. He cast doubt on the schools’ ability to open, noting staffing and safety as top concerns.

To address staffing issues, the mayor also announced Thursday that the city will be hiring 2,500 educators in addition to the 2,000 new teachers he promised on Monday for a total of 4,500. Substitute teachers and education graduate students form the City University of New York will be tapped to fill the jobs.

Remote learning has begun, and students that were supposed to return on Monday will continue to learn at home until buildings reopen. Students were originally set to go back on Sept. 10, but the city issued the first delay at the beginning of the month.

Be sure to read: Federal law now gives some parents paid time off to help their kids with remote learning

Many parents have been frustrated with the delays as they continue to try to manage both work and child care.

“Parents scrambled to find ways to make this plan work for them, and once again with just days before the start of school the mayor and chancellor leave families in the lurch,” the NYC Coalition for Educational Justice, a parent-led organization working for educational equity in the public schools, tweeted after the announcement. “What are working families supposed to do with yet another delay in school reopening?”

Related: As schools reopen, scientists say some children could spread COVID-19 even if they already have the antibodies

The mayor maintained that parents were “pragmatic” and understood the importance of taking extra time “to get things right for in-person learning…to serve our children and families as best as possible while protecting everyone in the school community.”

Economic Report: New-home construction pulls back slightly, as builders shift attention away from the multifamily sector 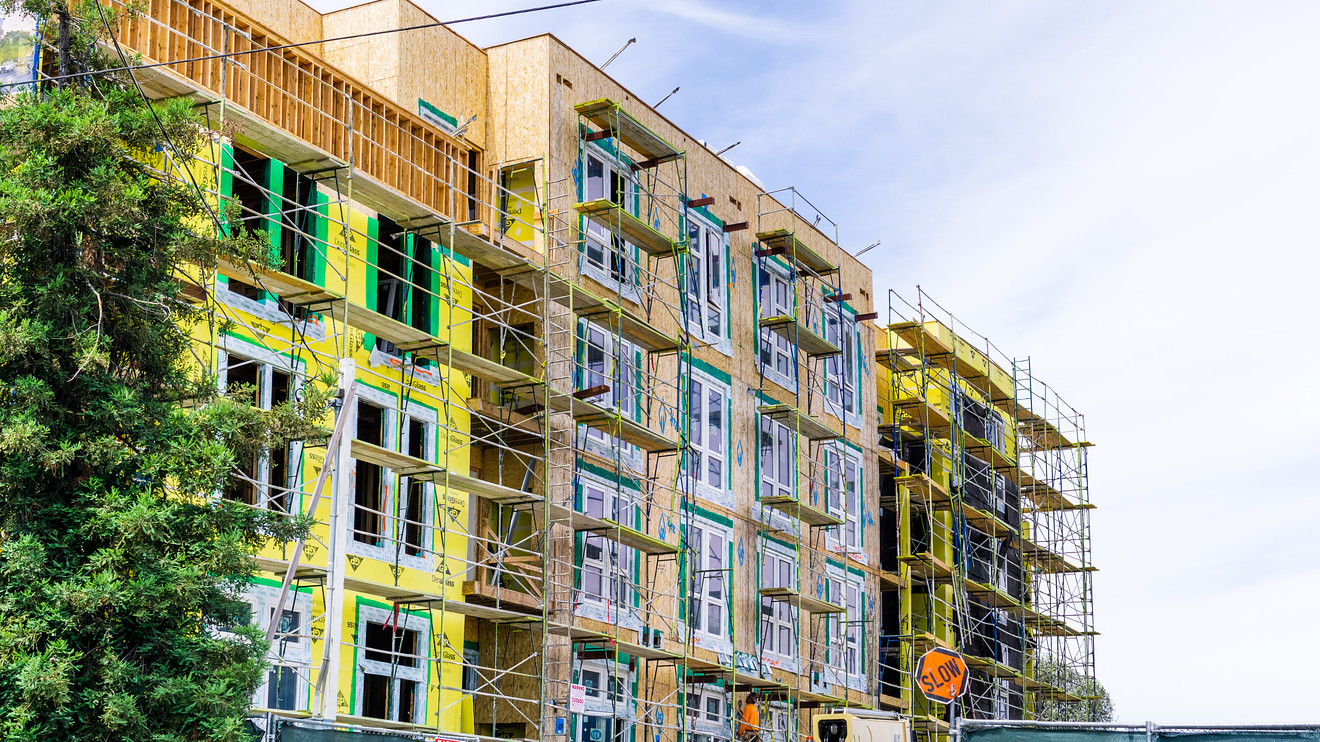 The numbers: U.S. home builders started construction on homes at a seasonally-adjusted annual rate of 1.42 million in August, representing a 5% decrease from the previous month but a 3% uptick from a year ago, the U.S. Census Bureau reported Thursday.

Permitting activity occurred at a seasonally-adjusted annual rate of 1.47 million, down 1% from July but roughly even with the pace from August 2019.

What happened: The dip in housing starts and building permits was driven by declines in multifamily construction activity. Multifamily starts fell 25% between July and August, while the number of new permits issued for multifamily buildings dropped 17% month over month.

Regionally, the Midwest experienced the largest pick-up in new-home construction, with starts rising 28%, followed by the West at 19.5%. Overall housing starts fell 33% between July and August in the Northeast and by 18% in the South. Both the Northeast and South also noted decreases in single-family starts, unlike the Midwest and West.

The big picture: The slump in home building reported for August doesn’t mean that real estate is no longer a bright spot in the overall economy’s rebound from the coronavirus pandemic. Rather, it is indicative of a slight pullback from the outsized jump in activity reported in July, analysts said.

Builders are still working through a backlog of projects that they received permits for but could not get started earlier this year because of the pandemic. Demand for housing remains high, by most accounts. Low mortgage rates are encouraging prospective buyers to speed up their timelines and purchase a home sooner rather than later, particularly in the suburbs.

Robert Frick, corporate economist at Navy Federal Credit Union, further noted that some builders have said they are operating at “maximum capacity,” which could also explain the pullback.

What they’re saying: “A still present overhang of permits that was built up largely in April and May remains to be worked off, and the strength in the single-family housing market is expected to continue given low mortgage rates,” Katherine Judge, an economist with CIBC Economics, wrote in a research note. “Homebuilder confidence is also at an all-time high, but builders are starting to report delays in receiving materials, which could work to slow building ahead somewhat.”