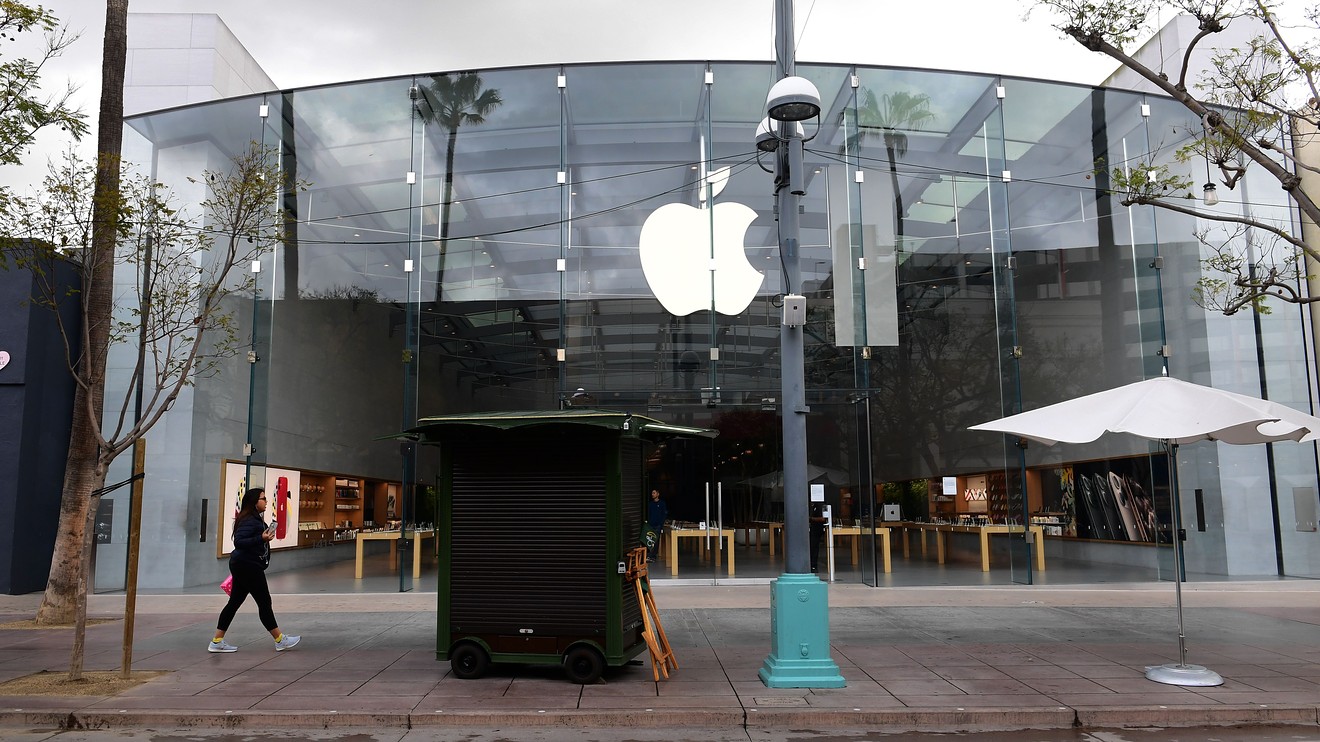 Apple Inc. will enact a four-to-one stock split in August to become “more accessible to a broader base of investors,” the company announced Thursday in its knockout third-quarter earnings report.

A stock split divides the original share price into smaller prices per share. A current AAPL, +10.46% stockholder with one share will get three extra shares once the split occurs.

One share in the tech giant was priced at $410 in midday trading Friday; assuming that share price remains the same when the stock starts trading at the split-adjusted price on Aug. 31, an investor could then buy a share for $102.50. A stock split doesn’t result in extra taxable income, Apple noted in a press release about the stock split’s specifics.

While that might feel like an unmistakable bargain to the new batch of retail investors out there, financial advisors who spoke with MarketWatch urged caution.

It’s important to remember what a stock split is — and isn’t, according to Ric Edelman, the founder of Edelman Financial Engines, a national fee-only financial advisory firm. “This is not a financial event and has no economy implications or bearing on the value of the investment or the outlook for Apple as a business. It’s a non-event,” he said.

“ ‘This is not a financial event and has no economy implications or bearing on the value of the investment or the outlook for Apple as a business. It’s a non-event.’ ”

“The second answer is, this is a huge event from a psychological perspective,” he added. “That’s the reason companies engage in stock splits — they know it plays on the emotions of investors.”

This is the company’s fifth stock split, according to the press release on its latest earnings results. A spokesperson could not be immediately reached for comment.

How a stock split is like breaking a $20 bill

Suppose you have a $20 bill and break it into four $5 bills: You don’t have more wealth, just more bills. The same is true of a stock split, according to Ryan Sterling, the founder of Future You Wealth in Manhattan.

Without a doubt, Apple did have a great quarter, Sterling said. But it’s important to keep the earnings results and the stock-split news separate. Stock splits “are cosmetic,” he said. “They don’t say anything about the fundamentals.”

Don’t miss: Opinion: Should you be a day trader?

Investors can already trade fractional shares on a number of platforms, including Charles Schwab SCHW, -1.28%, Acorns and Robinhood, Edelman and Sterling noted. The news “effectively increases demand for people who don’t understand fractional shares,” Sterling said. “If anything, it causes more volatility in the stock.”

Don’t give in to impulse

“Any enthusiasm you feel from a stock split, I would take with a whole lot of caution,” Sterling said. “When you talk about money in the stock market, the biggest eroder of wealth over time is human emotions.”

“ ‘Any enthusiasm you feel from a stock split, I would take with a whole lot of caution.’ ”

If Apple shares fit into a long-term diversified strategy, go for it, Sterling said. But there are plenty of other ways to profit from the company’s growth aside from holding stock, he said, suggesting exchange-traded funds as one option.

“You should ignore this and instead invest in diversified stock mutual funds,” Edelman added.

The bottom line for retail investors, according to Daniel Tobias, the owner of Passport Wealth Management in Cornelius, N.C.: “Continue to be wary and stick to a long-term plan.”

This could impact some portfolios

Though advisors say the stock split really doesn’t amount to much, there is one caveat: Apple’s stock split will alter its influence on the Dow Jones Industrial Average DJIA, +0.43% . That’s because the Dow is a price-weighted index, and if Apple’s share price falls, it becomes a smaller component of the Dow.

See also:Pandemic? Antitrust? No worries for Big Tech, which racked up $200 billion in sales anyway

So if investors want exposure to Apple through an indexed fund, they’ll be getting less of it starting Aug. 31 if the fund is pegged to the Dow, Sterling said.

The stock split has no effect on Apple’s standing in the S&P 500 SPX, +0.76% , which is market capitalization-weighted and based on the overall value of the companies within the index.

If an investor has money in funds pegged to the Dow, Tobias said, they might have to do some research on how Apple’s stock split could affect their portfolio.

If not, he said, it’s a “more introspective” question of whether buying a slice of Apple — at a reduced price — makes financial sense for that investor.